Sexual dysfunction in women is much more common than people realize, and can affect women at any age or stage of their lives. Very often there is more than one cause. Jill Gustafson, CNM is a specialist in the diagnosis and treatment of sexual dysfunction disorders for women in the Treasure Valley area.

This is a common cause of vestibulodynia (pain of the vestibule) and dyspareunia (painful sex). In this condition, the muscles that compose the floor of the pelvis and which come together in the back part of the vestibule (the pubococcygeus, puborectalis and transverse perineal muscles) become tight and tender. When these muscles are tight, less blood flows through them providing less oxygen to cells and resulting in a buildup of lactic acid. The lactic acid causes the sensations of burning, rawness, throbbing, stabbing and aching so many women experience. In addition, it causes severe tenderness and redness of the vestibule near the perineum. Women with pelvic floor dysfunction often also have urinary symptoms such as frequency, urgency and incomplete emptying of the bladder. In addition, constipation, hemorrhoids and rectal fissures (tears in the anal area) are common. Finally, women may also have low back and/or hip pain.

This condition is associated with unrelenting, unwanted, persistent, intrusive, and spontaneous sensations such as pressure, discomfort, engorgement, pulsating, pounding and/or throbbing sensations in the clitoris, vulva, perineum and/or anus in the absence of conscious thoughts of sexual desire or sexual interest. PGAD ranges from being mildly distracting to severely disruptive of a woman's ability to live her life normally.

The evaluation of PGAD requires careful and thoughtful consideration of the patient and a multitude of factors. PGAD may be caused by neurological, vascular, physiological, pharmacological, or psychological factors. Treatment depends on the cause.

"Clitorodynia" is the medical term for abnormal pain of the clitoris. Symptoms of this condition are sharp, stabbing pain, or rawness/irritation of the clitoris that can be exacerbated by touch, walking, wearing tight underwear or moving at certain angles. The most common cause of clitorodynia is a build-up of Keratin Pearls between the clitoris and the hood of the clitoris. Keratin Pearls are small, hard particles that resemble grains of sand stuck together. Keratin Pearls can usually be removed in a simple office procedure using a topical anesthetic. There can be some discomfort during the healing process, but patients usually report immediate resolution of their sharp, stabbing clitoral pain. 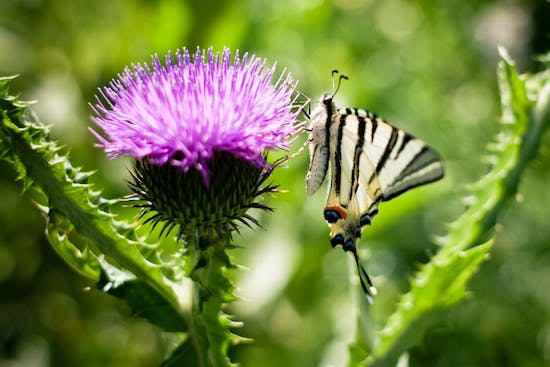 The medical term for decreased libido is hypoactive sexual desire disorder (HSDD). HSDD is one of the most common forms of sexual dysfunction in women. The essential feature of HSDD is a deficiency or absence of sexual fantasies and desire for sexual activity that causes marked distress or interpersonal difficulty.

The evaluation of HSDD requires careful and thoughtful consideration of the patient and the multitude of factors (both psychological and physiological) that impact on the various components of adult female sexual desire. These factors may include relationship status, self-esteem, stress, menstrual cycles, hormonal contraceptives, other medications, postpartum states and lactation, oophorectomy and hysterectomy, and perimenopausal and postmenopausal states. The evaluation should also include an extensive hormonal blood workup including testosterone, sex hormone binding globulin and estrogen levels. HSDD can greatly impact a woman's relationships and quality of life but effective treatment is available.

Optimal treatment of HSDD in women includes both a psychological and physiological approach. Counseling, lifestyle changes, behavioral activities, treatment of coexisting medical or psychiatric disorders, and switching or discontinuing medications that could impact sexual desire (SSRIs, hormonal contraceptives, anti-hypertensive medications) must be addressed.

If a woman has low testosterone, supplementing with bio-identical topical testosterone gel can be very effective. If a woman is postmenopausal and experiencing hot flashes, night sweats and insomnia, estrogen can be supplemented with a patch, cream or vaginal ring. In addition, a new medication called flibanserin (Addyi) that works by modulating neurochemicals in the brain can be used to increase libido. Lastly, we use other medications such as oxytocin, bupropion, and Adderal that increase the pro-sexual hormones or neurotransmitters in the brain.

Arousal is a physiological response to internal or external sexual stimuli. Genital arousal involves an increase in vulvovaginal lubrication, engorgement due to increased blood flow, and sensitivity. Female Sexual Arousal Disorder (FSAD) describes the inability to develop or maintain adequate genital responses with sexual activity for a minimum of six months and causing distress. Decreased arousal may occur with conditions or medication that decrease blood flow to the genitals or with neurological injury or dysfunction.  Determining the cause or factors associated with decreased arousal often leads to a treatment plan.

Female orgasmic disorder is defined as a change in frequency, intensity, timing, or pleasure of orgasm associated with sexual activity for at least six months and causing distress.  Problems with orgasm increase with age, and have been associated with surgical menopause, arthritis, and urinary incontinence. Orgasmic dysfunction may be associated with cultural pressures, relational problems, depression, anxiety, certain medication, and underlying medical conditions. There are a number of physiological factors that are essential in the female orgasm, including hormones, blood flow, and brain activity.